Lil B was punished, badly,  today.

He has been really cranky over the last couple days back. It’s just burning larva in volcano waiting for eruption.. and it just did.

It started during dinner. Instead of his normal seat, he insisted to take my seat. Fine! Couple minutes later, he declared he’s not eating his food. He only wanted soup. I was already boiling mad but fine. My in laws were still eating so I bit my lips and tried to reason with this 3 year old but was that appreciated? You guessed it right. He continued to make a scene refusing to drink his soup and wanted mine instead. I finally lost my cool and scolded him. Instead of feeling apologetic this little monster turned around and hit me on my hand. By then I was fuming mad I swear I can kill a tiger.

I scooped the fella up and went up the stairs. (I later found out he even pulled my hair along the way to my room). I confined both of us in my room. I reprimanded him, smacked his palm (until I bruised my own finger. I seriously don’t know how it happened as I don’t think I hit him that hard.  Mmm..), scolded him but he shed no tears. Only screams came out from his mouth. Yes. He is that stubborn. I’m amazed.

I almost cried myself so I left the room leaving him in the room to ‘fan seng‘. All the while, I stood outside the room holding on to the door knob as I know he’s gonna use every ounce of his strength to open the door. Only then I hear his cries and of course more screaming and kicking and pounding too, what’s new.

10 minutes later. I was getting tired. He was still full of energy. His screams were still loud and clear. Goodness. But I wanted to end this drama do I told him if he want the doot opened, he needs to say sorry and go up on the bed (he was stomping like a mad baby all the while next to the door). He replied amidst all the crying a big “NO, I WON’T” Really jialat.

Another 20 minutes went pass and I was about to pull the stool over to sit down. Old lady cannot stand for too long k. I asked him one last time “Are you on the bed now?”. Finally, a yes.

Gosh. I am tired. 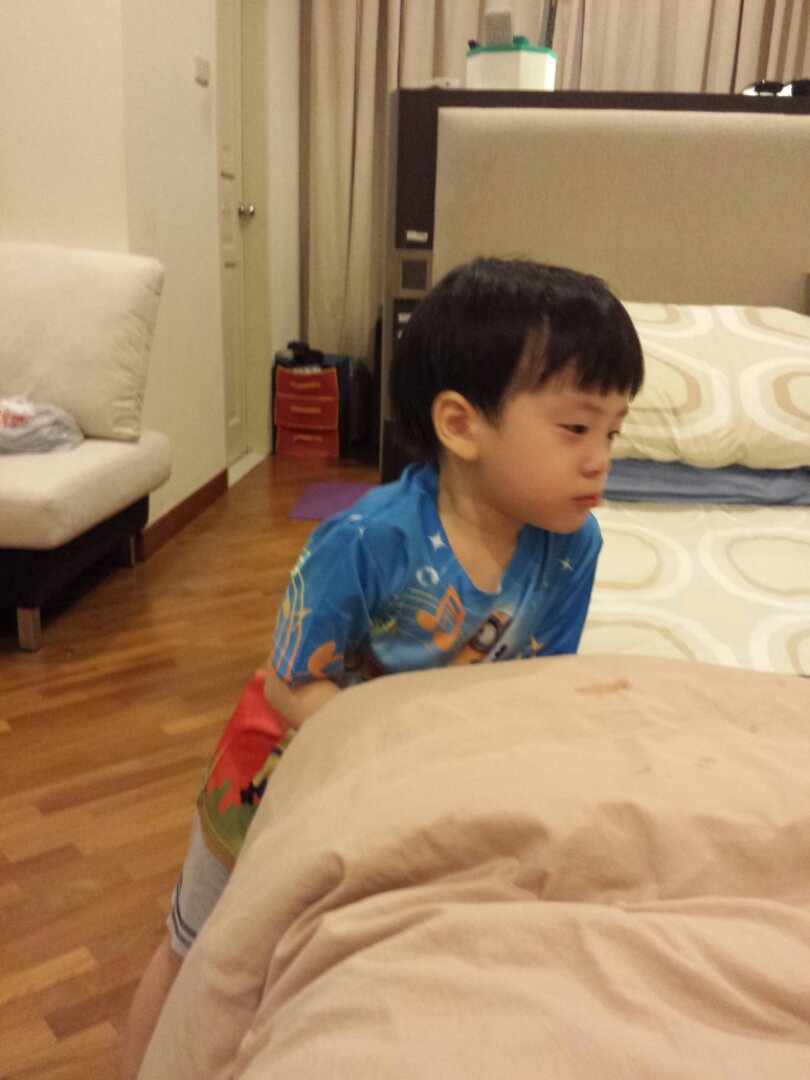 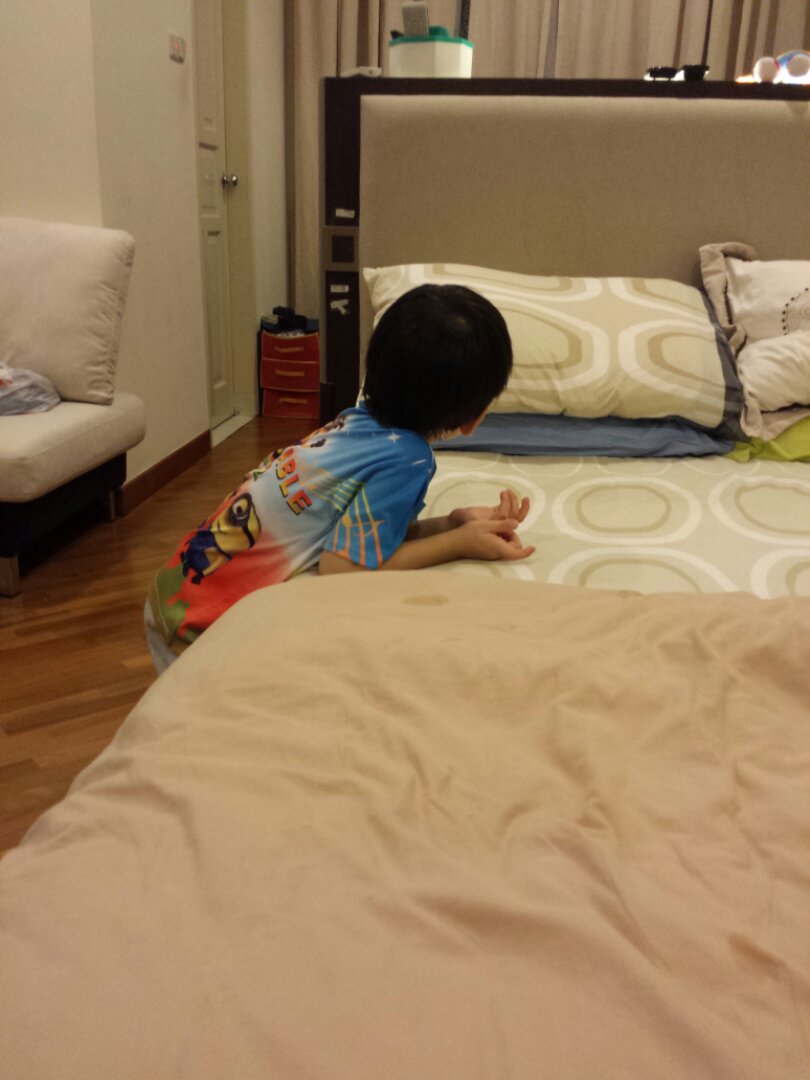 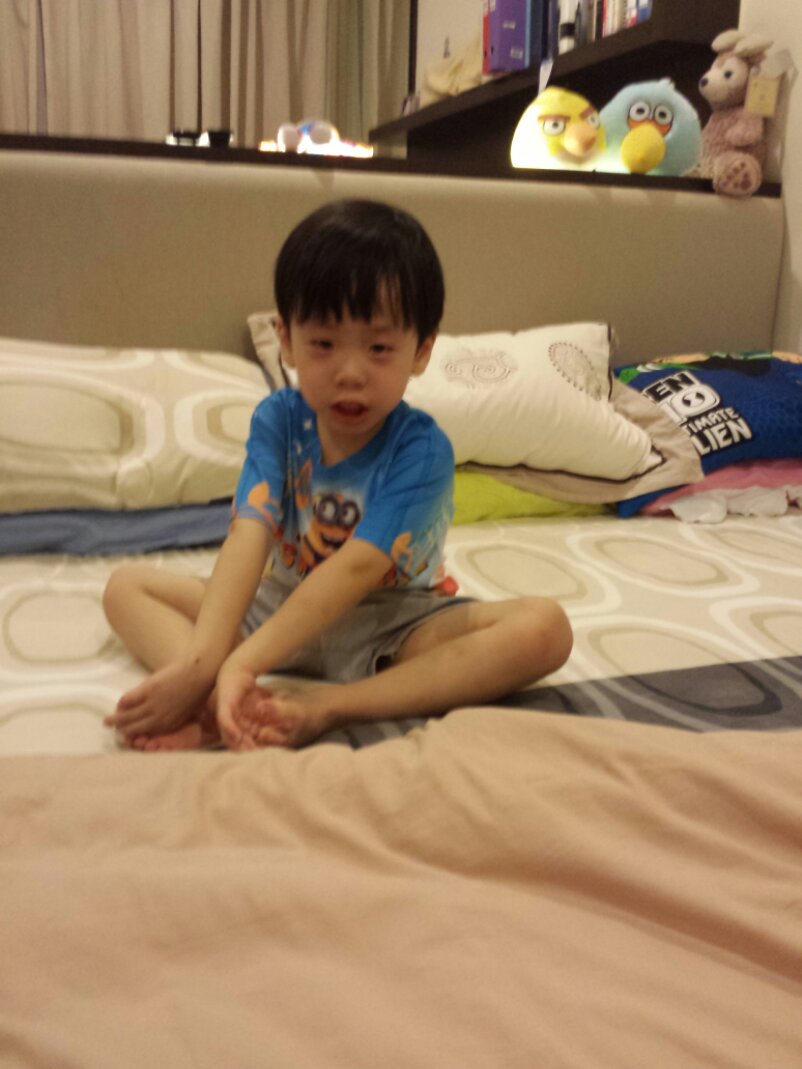 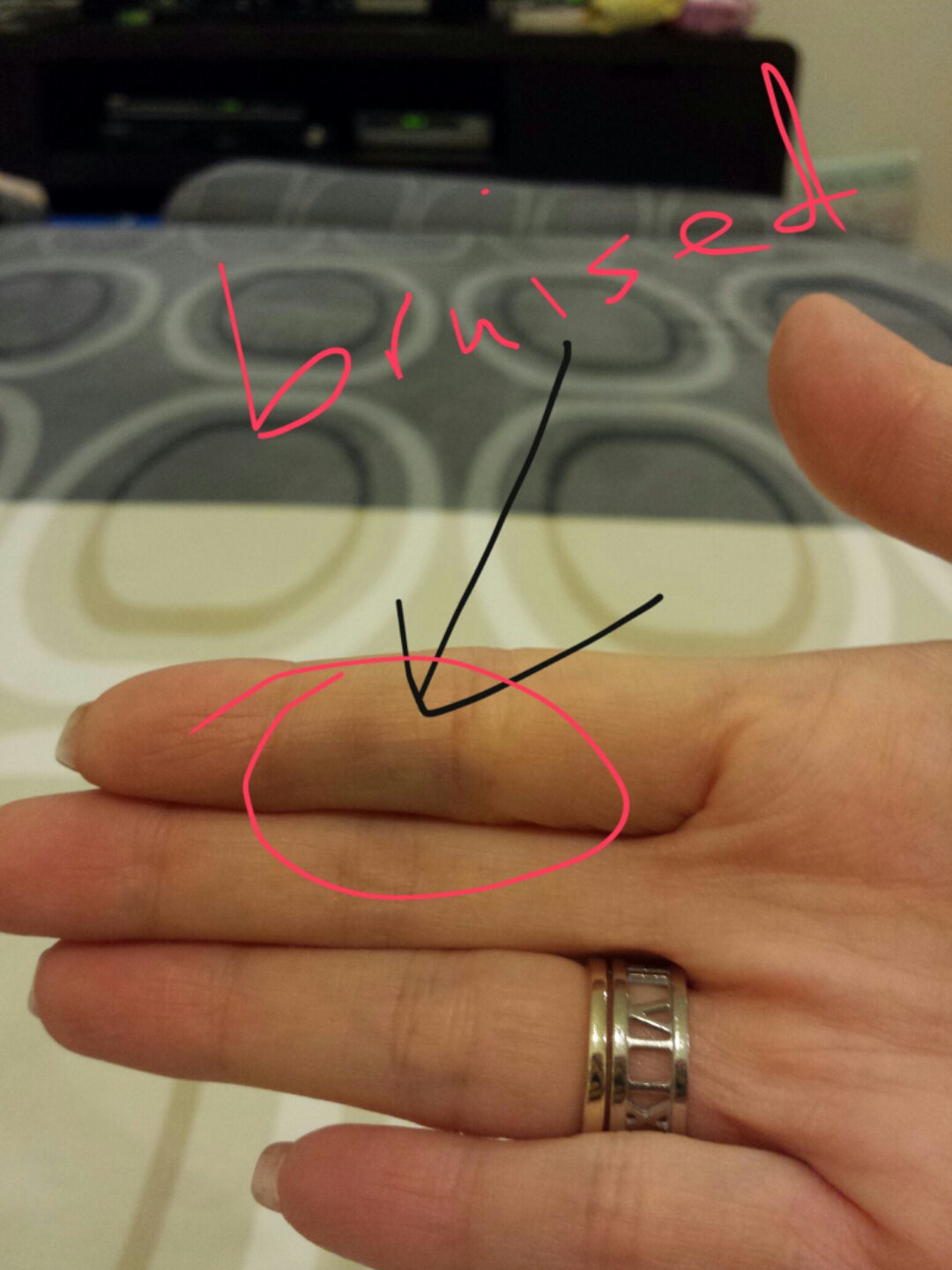 That was not the end. I made him say sorry (eventhough I doubt he was genuinely remorseful) 20 times while kneeling down. Yes, I was that pissed.

At night just before sleep, we had a heart to heart talk. I can see tears rolled up in his eyes. However, as stubborn as he is, he would not let tears flow down his cheeks. Well, I hope he learned his lesson.

One thought on “Punishment”